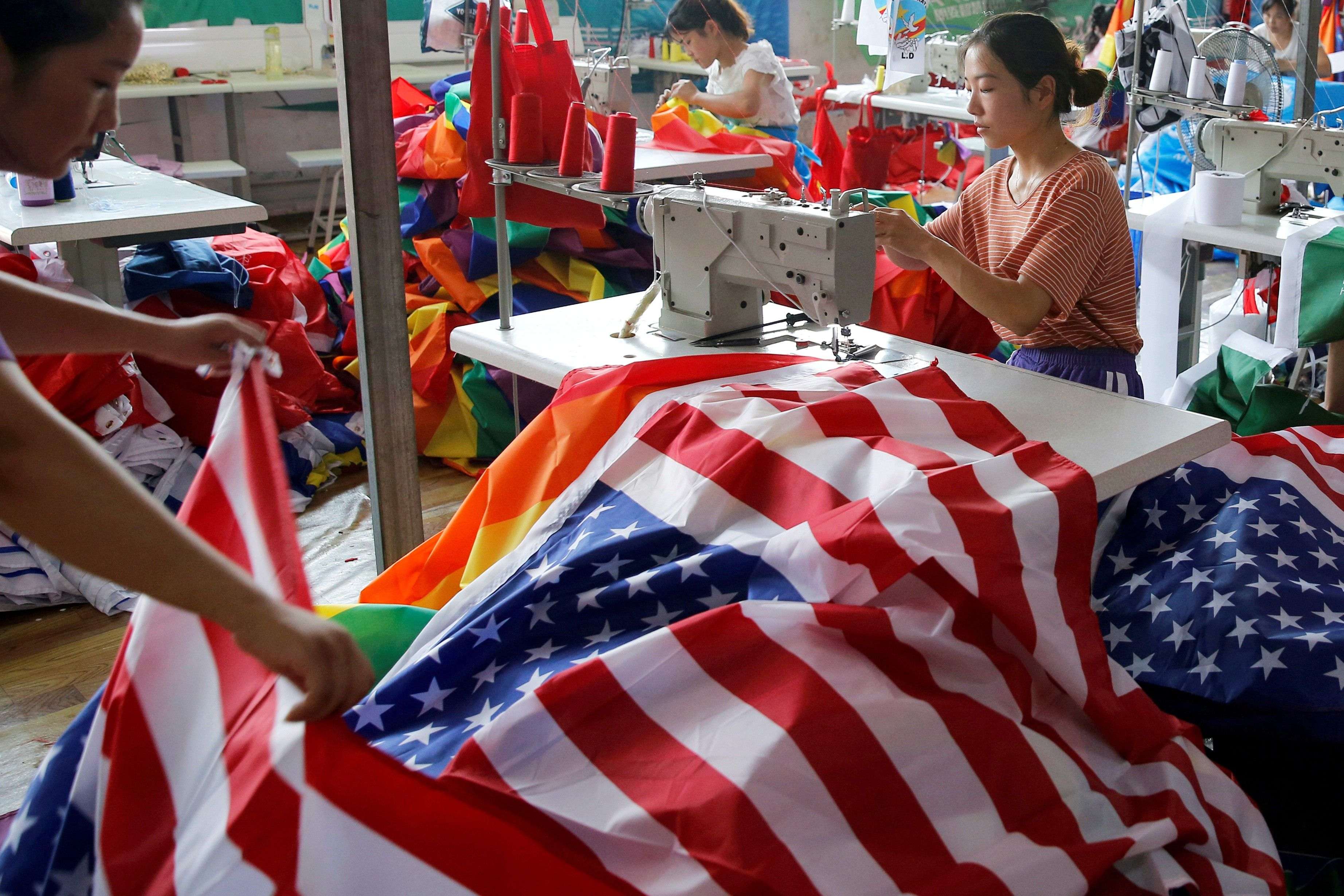 Global shares rallied and China’s currency advanced this morning, on signs of progress in the long-running trade dispute between Washington and Beijing, despite a host of potential headwinds.

Recent media reports have announced China’s openness in agreeing to a partial trade agreement with the US, as long as no more tariffs are imposed by the Trump administration; a move seemingly geared towards curbing damage to its economy.

In return, Beijing would offer non-core concessions like purchases of agricultural products without giving in on major sticking points, a Chinese official said, without offering further details.

The development - issued in the face of recently slapped Chinese visa bans, blacklisted Chinese technology firm exports and discussions surrounding restricting US government pension investments in China - falls just one day ahead of scheduled high-level talks between the two economic superpowers, on Thursday.

Yesterday's visa restriction flare-up overshadowed comments made by Federal Reserve Chairman, Jerome Powell, who said the central bank will resume purchases of Treasury securities to avoid a repeat of recent turmoil in money markets, while hinting at the possibility of a rate cut.

The market's initial reaction to the Chinese travel restrictions saw US stocks take a late tumble; ending the session -1.55% lower, its third drop of more than 1% in the space of six sessions.

Minutes of the Fed’s last rates meeting will be released at 2pm EST today, providing further insight into policy makers’ thinking ahead of their next meeting at the end of the month.

Today’s economic calendar also includes; Wholesale Trade and JOLTs Job Openings data for August at 10am EST, followed by Crude Oil Inventories for the week ended Oct. 4, at 10:30am EST.

TODAY'S TOP HEADLINES
China & Trade: China Open to Partial US Trade Deal Despite Tech Blacklist. (Bloomberg)
China is still open to reaching a partial trade deal with the US, an official with direct knowledge of the talks said, signaling that Beijing is focused on limiting the damage to the world’s second-largest economy.

Politics: White House Says It Won’t Cooperate With Impeachment Inquiry. (The WSJ)
The White House said it won’t cooperate with the House impeachment probe and the administration blocked the deposition of a US ambassador seen as central to the Ukraine controversy.

FireEye (FEYE): [GUIDANCE] Said it expects revenues for the quarter to come in at, or above, the high end of a range between $217 million to $221 million.

Johnson & Johnson (JNJ): [NEWS] A jury in Philadelphia ruled one of Johnson & Johnson’s subsidiaries must pay $8 billion in a case involving a linking Risperdal to male breast growth.

Apple (AAPL): [REVIEW] Canaccord Genuity hiked his price target on Apple to $260 per share from $240, citing surveys showing “iPhone 11 strength.” The analyst said: “With the stronger than anticipated initial sales for the launch of this year’s iPhone lineup, we believe the September quarter results could come in at the high end of guidance.”

Levi Strauss (LEVI): [EARNINGS] Posted third-quarter earnings of 31 cents a share on revenue of $1.45 billion, sending its stock up nearly 1% in the premarket. Analysts polled by Refinitiv expected a profit of 28 cents a share on $1.44 billion in revenue. But Levi Strauss also struggled to grow its wholesale business in the Americas, its largest market.